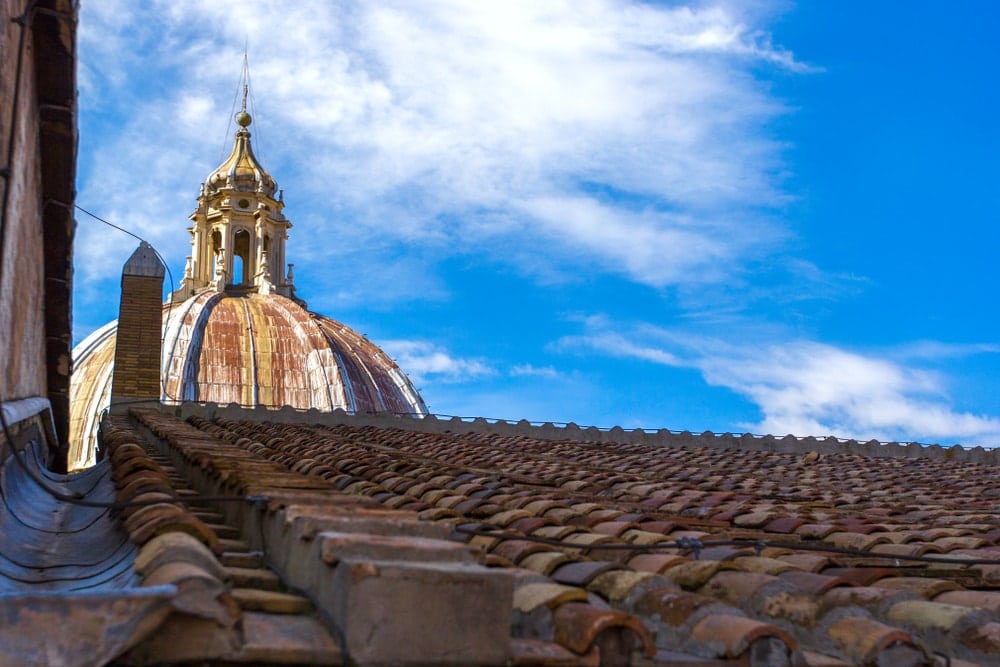 Roof tiles are integral to the history of roofing. They have greatly influenced the way we think about the safety and exterior designs of our home. Like everything influential, roof tiles have a rich history behind them. Early signs of roof tiles trace back to early Chinese civilisation, but they didn’t become popular across Europe, and the world, until Roman civilisation.

Many technologies had their first beginnings in Rome, so it’s no surprise that Romans are the ones who are responsible for the roof tile’s popularity. Roman roof tiles can be traced back to 100 BC, where architects and engineers helped improve the Greek’s early developments.

Roman roof tiles can be found in two forms: tegula (plural term is tegulae) or imbrex (plural term is imbrices). These roof tiles help the Romans develop an ‘over and under’ style of roofing. The tegula was a flat tile plate, with raised edges that was placed flat on the roof. Imbrices was a semi-cylinder tile that looked similar to a half pipe. These tiles were placed over the joints between the tegula, overlapping the one below it.

Tegulaes and imbrices were made with fired clay. The process of fired clay involved moulding by craftsmen and being left out in the sun. Afterwards, they were fired in a kiln; a chamber that’s thermally insulated. Because they were left out to dry, some animals walked on the tiles and left markings that are still engraved in historical artifacts! Craftsman identified their tiles by leaving a mark on them, which are also identified by archaeologists.

Clay tiles were a huge deal at the time. Previously, roofing materials were made with stone, straw, timber and weed. These were short in lifespan, as they were easily damaged by water. Clay tiles are more waterproof, due to the overlapping nature of imbrices that allowed water to flow into the channels. This allowed clay tiles to last for years, with still being found in archaeological sites. Because they overlapped, they also required little sealant.

Tegulaes and imbrices were introduced into Roman Britain, or Britannia, during the Roman conquer of Britain in around 55 BC. By that time, Romans had hundreds of years of experience constructing buildings. They created domes, bath houses, temples and palaces that astounded many. By the 4th-5th century AD, Roman forces had left Britain, but their influence on roofs and buildings remained. This was responsible for the enforcing of roof tiles in the 12th century, where roof tiles were installed to prevent fires.

Interested in Installing Roof Tiles? Talk to the Professionals!

Thanks to our extensive experience, Roof Top Industries can quickly supply and install roof tiles to your Perth home, all at a high standard! Contact us today to receive a free measure and quote. Call 08 9309 3993 or leave us a message online.